Logistic Union LLC is a company in logistics and part of ATB Corporation. Currently, ATB Corporation has around 5,000 employees, and six warehouse complexes on a European level in Ukraine: Dnieper, Kiev, Kharkov, Odessa, Lviv and Kherson.

Case
Reducing energyconsumption and improving the cooling capacity of 64 refrigeration units in Kiev, Kharkov and Odessa. 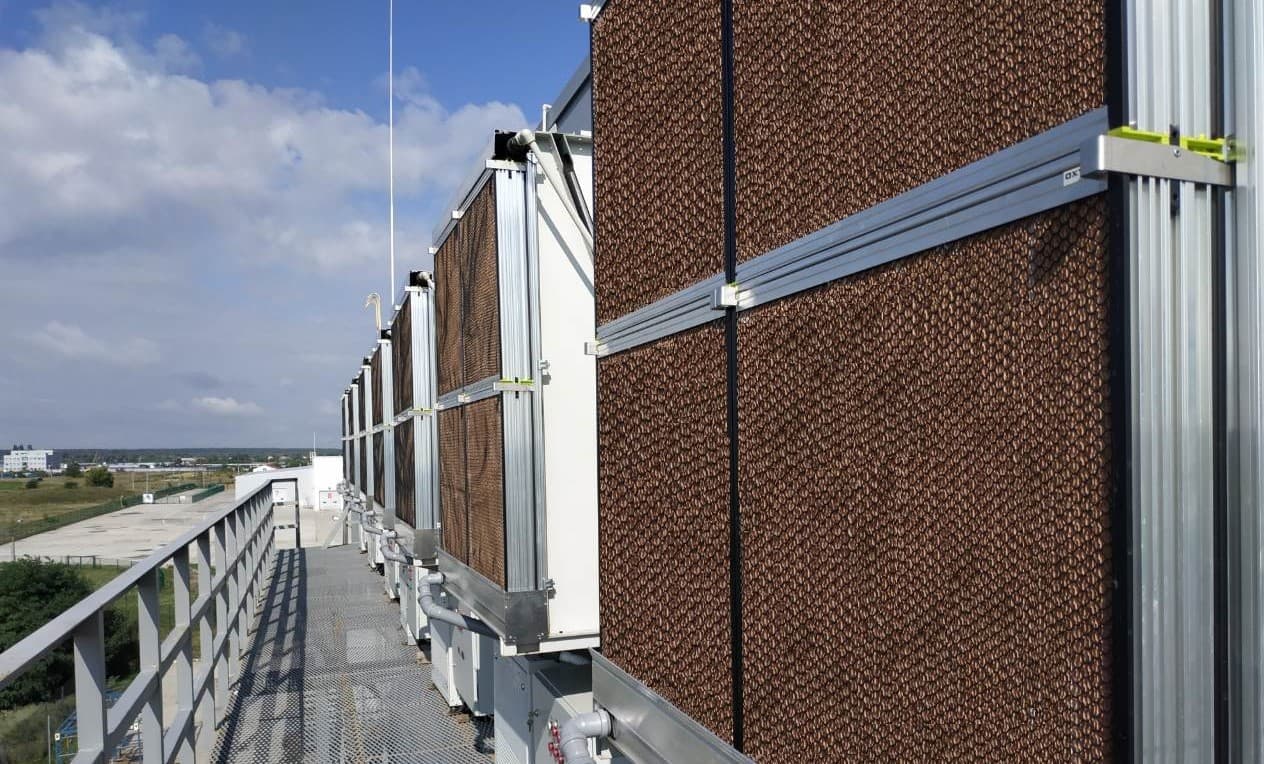 The Solution
To prevent the chiller from overloading, Logistic Union LLC looked for a solution that would enable the cooling installation to operate more efficiently while increasing its cooling capacity during the summer. Logistic Union LLC installed Oxycom’s PreCooll systems in front of the 64 condensers. The adiabatic panels lower the air temperature entering the condenser and increase the cooling capacity while using less electricity.

ROI
Oxycom's sophisticated calculation models predicted a dramatic increase in the chiller’s cooling capacity (28% average increase) and a drastic reduction in electrical energy consumption (by 25% on average) with the installation of the PreCooll systems. Furthermore, the chiller, in combination with PreCooll, operates at a normal load and avoids overloading. This increases the chiller’s lifetime and ROI.

By choosing Oxycom's PreCooll systems, the customer has been able to install smaller chillers. By purchasing smaller chillers in combination with PreCooll, the customer received a very efficient cooling installation, delivering the same power, consuming less energy, and reduced peak power for the same amount of money.

Let’s talk about your heat problem!

Get in touch with Oxycom and see what our adiabatic cooling can do for your factory.

How can we help you?

We will reply you shortly.

New Why ventilation and humidity are important against spread of coronavirus